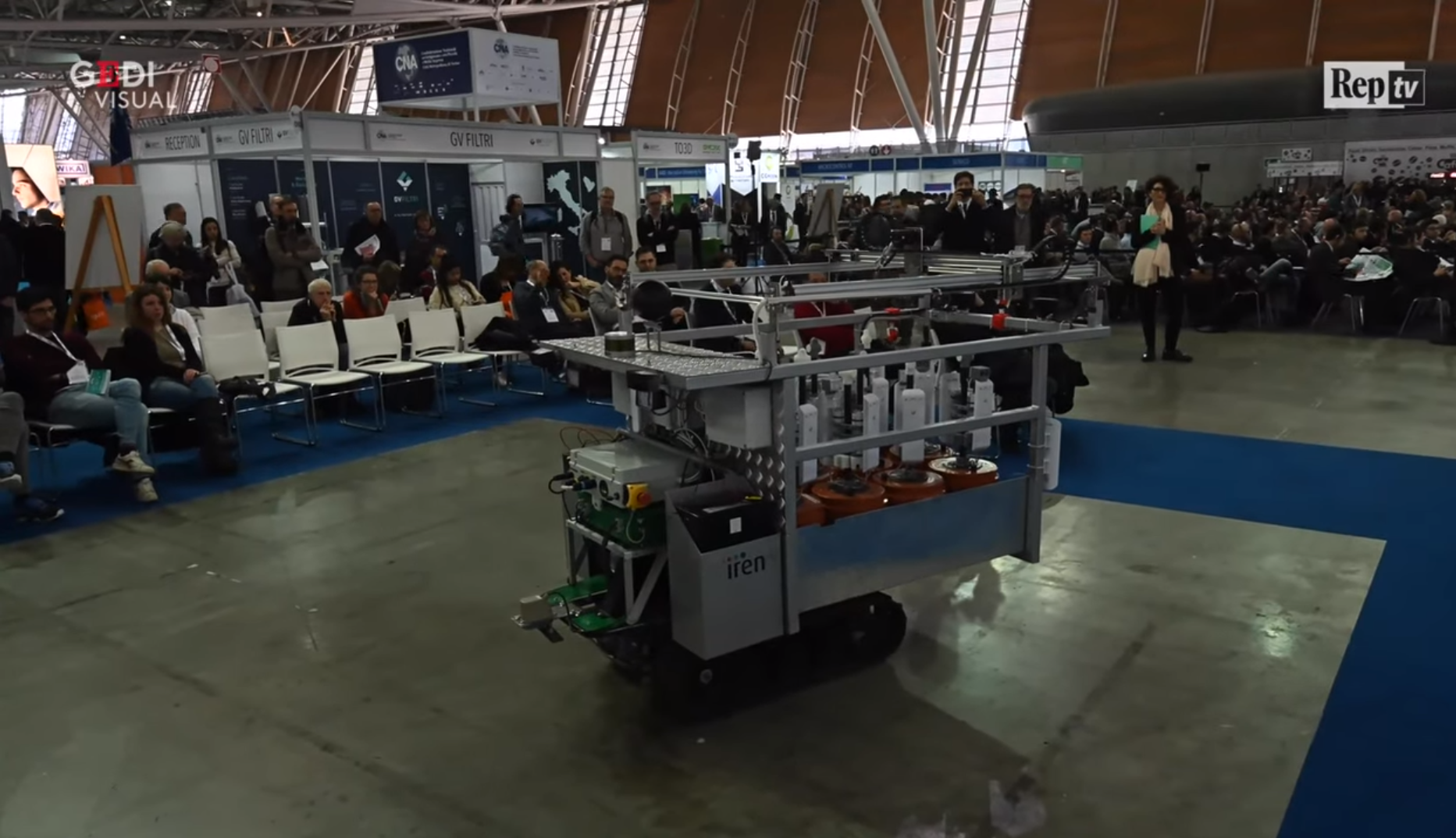 Our presentation start a 1.23 min.

Yesterday in Turin, Italy, at the Automation & Testing Fair was presented the Inspection robot for underground hydro  tunnel developed by Laser Navigation for  IREN SPA . The robot built by our company allows  to inspect tunnels with a length  up to 8 km. The robot is equipped with 360-degree Lidar sensors,8K Spherical cameras, navigation cameras and LED lighting with high  intensity, able to allow an assisted navigation to the remote operator and a complete and complex inspection of the entire tunnel. 3D model photographic level. The Robot is also equipped with a communication network that is automatically transported and stored in order to guarantee communication between the ground station and the robot during the entire activity. The communication network consists of 12 devices equipped with auto pointing  antennas that construct a 5Ghz hyperlan network that provides a 10 mbits band. The entire system has been patented.